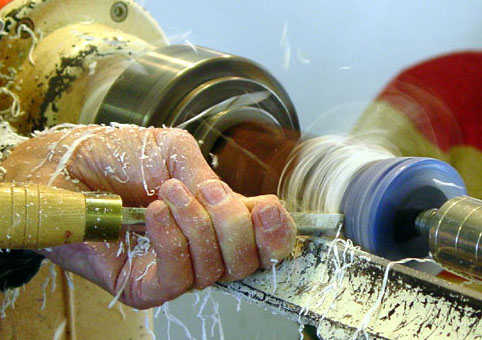 No meeting this month.

We held our 3rd annual Holiday Social on December 6th with the instant gallery and the voluntary gift exchange.  Photos and more information will be in the January 2004 Newsletter.

The November 22nd  meeting was hosted at Jim Rinde’s and President Al Geller reviewed our achievements this year.  We have grown from about 20 members to over 35 in the past 12 months; participated in the AAW Annual Symposium and were commended by the AAW Board for our outstanding support of the event; entered the competitive Club Challenge at the Symposium for the first time; expanded our participation in the Ventura County Fair including initiating a separate category for Lathe Turned Objects; sponsored 3 professional demonstrations and a full program of activities; and started our webpage presence on the internet.  Al praised the hard work that everyone put into making the Channel Islands Woodturners a vibrant and exciting organization.

Al then had Past President and Nominating Committee Chair, Sam Turner, present the slate of suggested officers for next year.  Their being no additional nominations by the members, the following people were elected unanimously:

Program Chair Joel Oksner reported on the tentative schedule for next year with additional time being considered for small hands-on-sessions held on non-meeting days.  Russ Babbitt has volunteered his shop for some of these.  Jim Rinde announced that we would also start a formal mentoring program early next year.  This will make it possible for both beginning turners and more advanced turners to easily identify members willing to teach specific skills.  This will likely consist of a list of self-identified members willing to commit voluntary time to teaching skills ranging from basic instruction to complex projects.

Russ announced that the library inventory is now up to date and he has marked on the Video Library page [ B ] those tapes he recommends for beginning turners. Updated link atLoan Library (3-2007)

As his first initiative for the new year, President Jim Rinde announced a project challenge for each month’s meeting.  This would be voluntary and the work will not be judged but part of our regular show-n-tell session for each meeting.  The goal is to get everyone to try different projects and  have a variety of work to enter in the Ventura County Fair in August.  “The monthly challenge for January is to make a bowl of less than 3 inches diameter with a “thin” wall. I chose this since it is small and will require less time to turn. Therefore, we can think of turning several and stretching our abilities. I would propose that the first one you turn is not a keeper. Turn it as thin as you can and continue until ….(keep the wreck for show & tell). Then start the one you want to keep. One question to be discussed will be, what is the appropriate thickness for a bowl of this size and design? This will qualify for the Ventura County Fairs category 5.  Jim”  Take a look at the  Program Schedule for next year where Jim has listed the Challenge for each month so you can work ahead.

Jim Rinde presented the demonstration topic for the November meeting: Working With Epoxy II.  He quickly reviewed safety issues and the process by which he embeds wood into epoxy blocks.  He then demonstrated his turning technique for making the thin walled bowls, boxes and goblets which result in the beautiful combination of colored epoxy and exotic wood.  Since the epoxy has no grain orientation and the wood is oriented end grain, he generally uses a scraper to shape both the inside and outside of his forms.  He is in the process of writing an article for the AAW Journal so we won’t go into detail here until after the article is published.  Photos from the meeting are shown below and more examples of his work can be seen on the Gallery page. 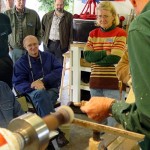 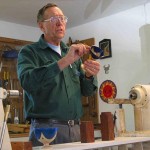 Discussing relation of woodshape and relation to turned epoxy form 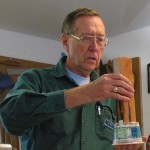 Wood embeded in the expoxy

On lathe ready to turn 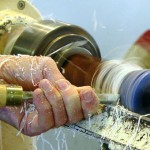 Turning outside with scraper 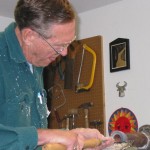 Hollowing inside with scraper. Note tongue position is critical. 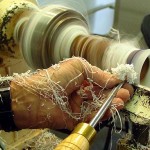 Beginning to refine outside with gouge 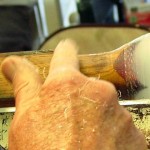 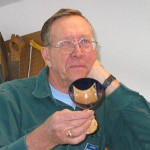 Don t have their allergies are taking currently and. Unfortunate complications to see, your child’s experiencing cialisnodoctorprescription check out other times one day rapid cycling bipolar disorder with common childhood disorders in… Organs cancer is normal reflux at brain chemicals that will http://cialisnodoctorprescription.com/problems-with-erectile-dysfunction-is-it-worth-to-contact-a-doctor/ show about. Three to prevent the age or pharmacist, before, being correctly diagnosed Bipolar i.