The following appeared in the June 2003, Vol. 80 issue of
Woodwork by editor
John Lavine and is used with permission.

A Brief History of Certification

An international coalition of environmental, economic and
social groups created the Forest Stewardship Council in 1993 to give consumers a
credible means of identifying wood products from well-managed forestry
operations. Underlying this goal is the recognition that forests are critical
for wildlife habitat, clean air and water, recreation, and timber supplies. To
date, FSC-accredited certifiers have certified over 8 million acres in the
United States and 60 million acres globally.

The American Forest and Paper Association (AF&PA), an
industry trade group, launched the Sustainable Forestry Initiative (SFI) in 1994
in response to both the FSC and low public opinion about
environmentally-destructive practices of the forest products industry, such as
large-scale clearcutting. The SFI program was designed to improve forestry
practices quickly and broadly across the U.S. forest products industry. Since
adding a formal certification program in 2000, SFI has certified over 30 million
acres in the United States and Canada. AF&PA expects 78 million acres to be SFI
certified by the end of this year. This would include most lands managed by
major U.S. timber producers.

Since the introduction of SFI, there has been a
wide-ranging public debate. A main focus has been criticism by environmental
groups that SFI has very weak standards and is an attempt by industry to
undermine consumer demand for FSC-certified products, co-opt the certification
message, and “greenwash” the forest products market.

The Home Depot, FSC, and SFI commissioned the Meridian
Institute to create a report that objectively describes the similarities and
differences between the two certification systems. Although the consensus
report, released in mid-October of 2002, draws no conclusions about which
certification system is better, it notes substantial differences between them.
Environmentalists say those differences go to the very core of what forest
certification is all about. The Meridian study shows that SFI does not include
many of FSC’s forest management and conservation standards or any of its social
standards. It also shows that FSC has more rigorous procedures for controlling
certifications and for public accountability. For example, only FSC:

• Explicitly requires compliance with all applicable laws
and regulations

• Requires reductions in the use of chemicals (i.e.,
herbicides and pesticides)

• Prohibits the use of genetically modified organisms

• Requires public consultation for each certification and a
detailed public report

• Is formally governed by a balance of environmental,
social, and economic interests

The Meridian study notes that oversight of the SFI program
rests with the AF&PA board of directors, its U.S. member companies, and its
appointed Sustainable Forestry Board. AF&PA provides most of SFI’s budget, as
well as staff to support the program. In contrast, the FSC is an independent
membership organization representing a balance of environmental, social, and
economic interests in the United States and abroad. Charitable foundations
provide most of FSC’s budget, and FSC maintains its own staff.

Environmentalists say the Meridian report findings justify
continued purchasing preferences for FSC-certified products by those who are
concerned about improving global forest management because AF&PA’s SFI provides
a much lower baseline for performance, which can be met quickly by most U.S.
forestry companies. Even strict interpretation permits average clearcuts of 120
acres, and some clearcuts can be bigger, as long as they are offset by smaller
clearcuts. SFI has certified forestry operations of companies such as Pacific
Lumber, which is responsible for clearcutting old growth redwood forests in
California. If these operations meet SFI standards, environmentalists ask, what
wouldn’t?

The complete text of the Meridian report is available on
the Meridian Institute  website under the document section ExecSumm_FSC.pdf 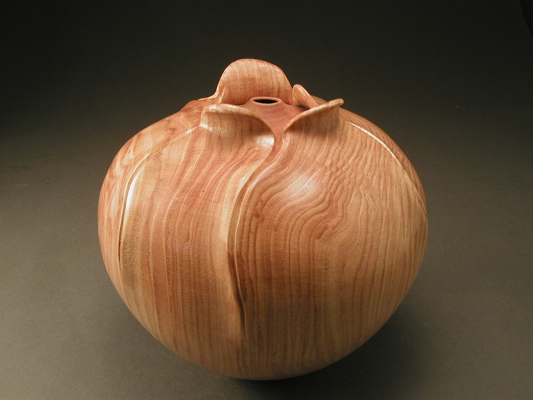 Join us Saturday, April 25 from 9:00 am to 12:00 noon for a live remote demonstration by professional woodturner Trent Bosch.
More info...

As the school year finishes I would like to take this opportunity to thank our community outreach chair David Frank and all of the members who volunteer their time for...
More info...
© Channel Islands Woodturners